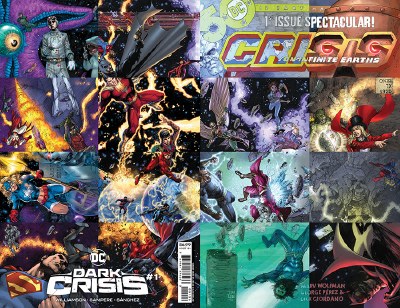 The epic event years in the making is finally here! Superman, Batman, Wonder Woman, and the rest of the Justice League are dead. The remaining heroes are left to protect the world from an onslaught of violent attacks by DC’s greatest villains! Can the legacy heroes step out of the shadows of the classic heroes to form a new Justice League? And will that be enough to stop a darkness greater than anything they’ve ever faced from destroying everything?

Don’t miss out on the first issue of the blockbuster event of the summer!